Is there a connection between schizophrenia and depersonalization? This is the question that bothers so many DP/DR sufferers.

Back when I was depersonalized 24/7, I remember one of my biggest fears was that I’d develop schizophrenia. I’d imagine that I’d wake up one day and start hearing voices all of a sudden (auditory hallucinations).

So strong was this fear in me that even seeing the word schizophrenia anywhere (books, videos, or public displays) would make me really uncomfortable.

I avoided reading about most mental health topics. If a blog or an article talked about someone suffering from schizophrenia or psychosis, I’d immediately close the browser window.

Then one day, long in the past, I was walking home lost in thought after getting groceries. Suddenly, I thought to myself, “How can I hear my own thoughts?” That sent shivers up my spine. I immediately did not want to hear any thoughts because I was afraid that these thoughts would turn into voices. The more I tried to shut down hearing thoughts, the more obsessive my thoughts became.

As you know by now, you cannot just shut down thoughts inside your mind. And the more we try to resist such thoughts, the more powerful and fearful they become. I became paralyzed by anxiety.

I’m glad to report that now, after all these years, none of my worst fears have come true. I have not developed schizophrenia or any other severe mental illness. I did not succumb to any psychotic episode. On the contrary, my mental health has gotten better. My depersonalization has lifted (with occasional episodes here and there), and my dreadful OCD thoughts have subsided.

I know there are folks out there who are in the same predicament that I was. I know you might be thinking the same dreadful thoughts about whether you’ll come down with schizophrenia or a similar mental illness because of your depersonalization and severe anxiety. If anything, I want this post to restore your sense of calm and wellbeing.

A Brief Look at Schizophrenia

Though schizophrenia and depersonalization might share some similar symptoms, they are vastly different in their nature. Let’s briefly go over what this illness is. Schizophrenia is a mental disorder that is characterized by a failure to understand consensus reality. Consensus reality is a term that denotes the reality that is generally agreed upon by you, me, and everyone else in the world. People with schizophrenia tend to feel confused about reality. This can lead to the development of delusions, hallucinations (mostly auditory and sometimes visual), and aberrant social behavior.

How Is DP/DR Different from Schizophrenia?

Now, as someone who is depersonalized, you might think that some of those symptoms apply to you as well. In particular, folks who are affected by depersonalization and derealization view consensus reality from a unique perspective. The difference here is that the schizophrenic tend to believe the distortion of reality that their minds create. To them, it can become hard to distinguish between what is real and what is a delusion that their mind has created. To have a delusion means you are obsessed with a false belief and are absolutely certain that it is correct.

This is completely different from someone going through depersonalization or derealization. A person with DP/DR, though experiencing distortions in reality and perception of self, does not fully believe in these distorted ideas about reality. They still have a good grasp of consensus reality.

You can often hear a person with DP/DR complain that they are not able to experience reality in the way they once did. But rarely do they develop delusions about this new reality.

People with schizophrenia who develop delusions have a difficult time recognizing such symptoms are due to illness. Instead, they may become convinced that their notion of reality is correct and that anyone who questions is the deluded one. This is usually not the case with someone with DP/DR.

There is also a very strong genetic component that leads to the development of schizophrenia in people. It can be hereditary or passed down from parents to their offspring; whereas it is not clearly known whether there is any genetic predisposition for the development of DP/DR.

Generally, people develop schizophrenia in their late teens or early twenties and rarely does it surface in someone’s middle age; whereas it’s very common to develop DP/DR even at later stages in life (even in your 40’s and 50’s), which is very rare with schizophrenia.

When going through DP/DR, it is common to get disturbed by our own obsessive thoughts. Sometimes, we mistake this for hearing voices or auditory hallucinations that affect people with schizophrenia. They are vastly different.

Hearing your own thoughts (which every person in the world does) is not the same as hearing a distinct auditory hallucination. Hallucinatory voices feel very real. It feels like someone is talking outside of your head. It’s almost like hearing your friend or parent say something to you. This is not how someone going through DP/DR perceives their thoughts. You hear a thought, but it doesn’t feel like it’s coming from the outside, like a friend or stranger’s voice. This realization brought a huge relief to me.

Contrary to their portrayal in TV and films, people with schizophrenia don’t experience visual hallucinations that often. In the case of DP/DR, visual hallucinations are virtually unheard of. There could be visual distortions, such as your vision being a little “foggy,” or objects may appear to be brighter, or lights may seem to have a halo around them, but these cannot be categorized as visual hallucinations. It is safe to assume that having DP/DR will not lead you to suddenly start seeing things that are not based in reality.

I was often afraid that I’d suddenly start seeing monsters or demons. This fear was especially amplified at night when I was by myself. But after all these years, I am happy to report that this has never happened, not even once. 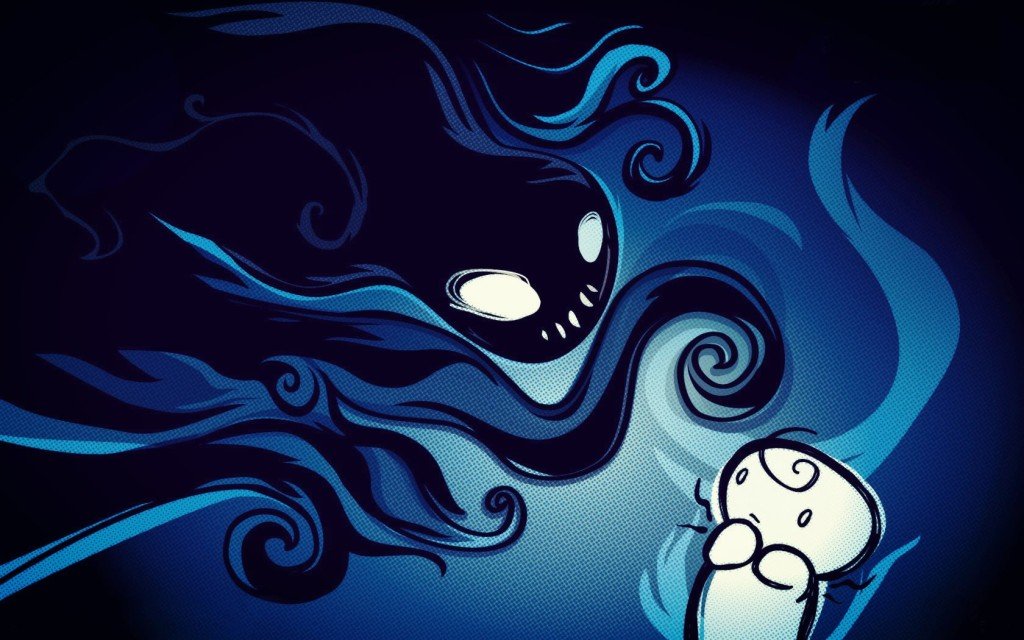 Your Fear Is Irrational

The fear that you experience about your mental health is understandable, but it is irrational. As you proceed towards recovery, such fears will start to drop off, one by one. But in the meantime, if this fear does come up, just ignore it.

If ignoring it isn’t easy, one of the techniques that I mention in this blog is to accept and agree with an obsessive thought. Whenever a thought comes up that says something along the lines of “What if I become schizophrenic?” just tell yourself, “Fine, so be it!” At first, it might seem scary to try this but base your conviction on the fact that there has not been a direct link from depersonalization to schizophrenia ever discovered.

The more you ignore or accept this fear thought, the less bothersome it will become. Over time, your mind will move on to other things and you will find out that even after weeks or months, you have not developed schizophrenia.

Disclaimer: I am not a medical doctor or a licensed psychologist. My observations about the link between depersonalization and schizophrenia are based on my own experience with DP/DR. If you strongly believe you are experiencing symptoms of schizophrenia or are in great mental distress, you should consult a licensed mental health professional.