There has been a renaissance in psychedelic research recently. Are psychedelics a boon to humanity or are they a double edged sword?

Psychedelics are all the rage right now, and for good reasons. There have been a number of studies about the potential benefits of psilocybin (magic mushrooms), MDMA (Ecstasy), Ketamine, Ibogaine, Ayahuasca (DMT), and LSD in the treatment of depression, anxiety, post-traumatic stress disorder (PTSD), and addiction to opiates.

This is a welcome change. Only a decade ago, a huge portion of the general public, as well as academic and research scholars, saw them in a negative light.

Psychedelics, hallucinogens, entheogens, or just “drugs”, whatever you decide to call them, have a variety of uses:

But, with that being said, there’s also a dark side to them.

Use These Powerful Tools With Caution

There’s a reason why this class of compounds has been repressed in our society. It’s not that there’s a shadow government which has effected an embargo on psychedelics as a means of preventing people from waking up to what’s really going on in the world. That’s the kind of theory you’ll see your stoner cousin spout every time he hits the bong.

A more appropriate reason is that psychedelics are powerful. As with anything that is powerful, it goes without saying that it can also be dangerous. A powerful tool is always double-edged, meaning, its power can be used positively and productively or it can be used to hurt someone, including yourself.

I have always been immensely interested in the exploration of psychedelics. In my younger days, I would avidly seek out opportunities that put me in the company of them. Though I was using them for recreational purposes, I could not ignore the perception-altering powers that they also held. It was these experiences that deepened my interest in spirituality and turned me away from my militant atheism.

Little did I realize back then that these compounds also possessed the potential for drastic transformations of one’s personality, something that wasn’t always a smooth transition.

During a period of two months, in which I was experimenting with psilocybin (magic mushrooms), LSD, MDMA and Ketamine, all in quick succession, I was suddenly taken over by anxiety that came out of nowhere. This directly resulted in a severe depersonalization and derealization (DP/DR) episode, where I was sure that I was losing my mind. I was terrified.

I can’t say for sure if my anxiety and subsequent DP/DR episode was purely the result of my use of psychedelics. It was a time when I had come under some stress from moving to a new country and a new culture. I was also restricting my calorie intake severely because I wanted to lose some weight very quickly. All of this additional stress could have provided the fuel for my anxiety and the experience with the psychedelics could have been the match that lit the fire.

Within a short period of time, I was suddenly beset by strange bodily sensations, full blown anxiety and panic episodes, and a mind that just wouldn’t rest. It was as if I had opened up Pandora’s box and tossed away the key. There was no way to shut down my mental agony.

I now see that it was the beginning of an awakening episode.

But I wasn’t ready for such an awakening. I did not ask that my personality be so radically changed. Whatever transformation was happening inside of me, happened much to my shock and dismay. Metaphorically speaking, I didn’t have my feet firmly on the ground.

Such radical transformations would be classified as a spiritual emergency. During such a state, people usually experience a tremendous amount of anxiety, panic, heightened and manic states of consciousness, a feeling of energy coursing through their body, irritability, depression, losing interest in everything around them, physiological changes, changes in one’s personality, and many other strange symptoms.

Even though the process itself is riddled with pain, suffering, and torment, one can learn to accept and allow the new sensations, thoughts, and emotions to follow their course. Though it can be a scary ride, anyone experiencing such a transformation can ultimately benefit from it with some key practices.

In Case of Spiritual Emergency: Do Not Worry 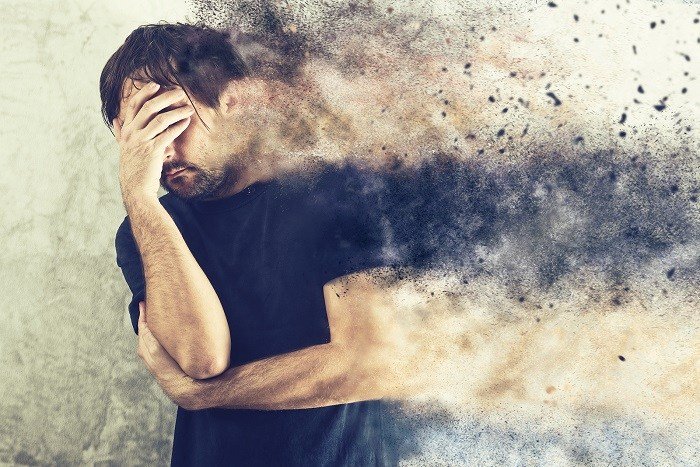 First, understand that what you are experiencing is not an anomaly. Thousands of people before you have gone through a similar experience, triggered by the use of psychedelics. Though a spiritual emergency experience can be sublime (where you experience a feeling of deep peace and an expansive sense of self), more often it is usually characterized by terrifying thoughts and feelings, including the fear of losing one’s self and sanity.

If you feel this is your experience, know this: though you may be in the grip of fear now, rest assured that none of your worst fears will ever come true.

Right now, your mind is trying hard to make sense of these new thoughts, sensations, emotions, and feelings. It will eventually get exhausted trying to do that.

The mind fears what it cannot reduce to a simple explanation. For example, it can be scary when you suddenly start feeling a sense of energy rushing through your body in the middle of the day. It feels as if these sensations arise without a cause and that can be destabilizing to the mind – to not know the cause of an effect.

Rather than exhausting your mental energy by trying to figure out how to stop whatever is happening to you, let this process move through you without providing any resistance.

Of course, I want you to take proper precaution and visit a physician or consult a trained psychologist if you are feeling overwhelmed and scared out of your wits about your health.

But after a thorough checkup, if your doctor says there’s nothing wrong with your physical body and brain and that explanation doesn’t suffice, then you have to look for answers in the nonphysical realm. 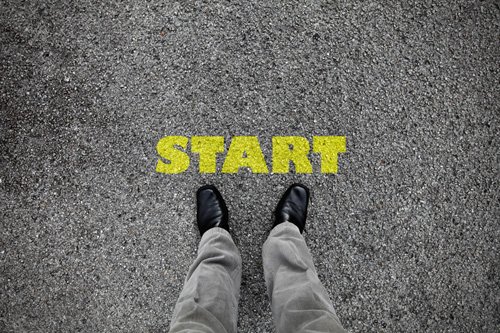 First, take a break from any stimulants, including coffee. It goes without saying that you should not engage in any compounds, like cocaine, that will increase the adrenaline in your body.

If it’s possible to cut down on cigarettes, this would be the right time. Regulate your alcohol intake. If possible, avoid drinking for a few months.

Never indulge in a behavior to avoid feeling your symptoms. The way out of this is to walk straight through. This means facing your feelings, weird body sensations, and scary thoughts with open arms and accepting them.

Stop experimenting further with psychedelics or smoking marijuana. You will be able to connect with them later in your life when this episode has passed.

Next, it’s time to get some grounding. Broadly speaking, being grounded means firmly rooted in your physical being. You can do this by shifting your focus from your mind to becoming aware of the sensations in your body every time you are caught up in thoughts of fear and anxiety. I have explained the technique of body awareness previously in detail.

Talk to an understanding friend or partner. Confide in them about your current struggle and ask them to be supportive, without talking down to you. There are also several online communities that specialize in spiritual emergencies and shamanic illness. It can really help to receive support from someone who is going through a similar transformation.

If you do not have such a friend or a good support network, reach out to a therapist through the Spiritual Emergency Network.

I offer counseling services to people experiencing awakening symptoms or spiritual emergencies as well. Having gone through this myself, I understand the difficulties of this process and can guide and support you through this transformation.

A sound and healthy mind can help you, but you cannot solve your way out of this using your mind. When you are preparing for a meeting at work, it’s very important to prepare, strategize, and use your intellect to get your point across. This kind of strategizing doesn’t work with spiritual emergencies because this transformational process is beyond mental reasoning.

Now would be a good time to rest. If your job is too demanding, then it’s time to rethink your relationship to work and your wellness. You don’t have to quit what you’re doing, but you do have to adjust the throttle of your work-life balance to be able to heal.

Nourish your body with healthy foods and get started on a physical exercise regimen. A healthy body can handle challenging psychological hardships way better than an unhealthy one.

Finally, do not lose hope. It can be a testing time. But you are being rebuilt from the inside out. Reframe your spiritual emergency as a powerful transformational process, instead of seeing it as a disease or disorder.